Warning: Invalid argument supplied for foreach() in /home/etrafat2/domains/e7trafat.com/public_html/wp-content/themes/e7trafat/single.php on line 10

You play the role of captain Ashley S. Nowak – you are the Riftbreaker, an elite scientist/commando inside a powerful Mecha-Suit. Enter a one-way portal to Galatea 37, a distant planet at the far reaches of the Milky Way Galaxy, with the purpose of building up a base that will allow travel back to Earth and further colonization. Ashley’s Mecha-suit, which she calls “Mr. Riggs”, can withstand the harshest environmental conditions and has a full range of equipment for base construction, resource extraction, gathering specimens and of course – combat. It is capable of traveling through rifts that connect space across vast distances. Your task is to construct a two-way rift back to Earth. It is a very complex invention and requires enormous amounts of energy. Simple solar collectors and a few tons of steel will not be enough.

You will need to build up a complex chain of mines, refineries, powerplants and research facilities to complete this mission. Your presence on this planet will not go unnoticed. As you build up your industry and disrupt the natural order, the world will start seeing you as a threat. Build up your defenses. Construct walls, barriers and defense towers as the attacks get stronger with every passing day. You will face thousands of hostile creatures trying to eliminate your presence. Galatea 37 is an unknown planet in the Sycorax belt of the Milky Way galaxy. Long distance surveys detected that it is inhabitable and perfect for colonization.HOW TO INSTALL 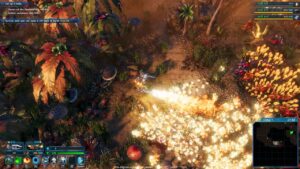 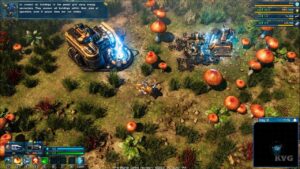 NAMEF.I.S.T.Forged In Shadow TorchLANGUAGEMultiRELEASE2021GENREAction Info Six years ago, the Machine Legion invaded and colonized the..

The third season of this romantic TV series is a five-part drama that highlights love..