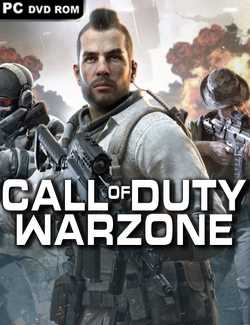 Warzone is a cross platform and free-to-play. That means you won’t need a copy of Modern Warfare, released last August, to dive in. According to Chaos, devout Call of Duty fans that purchased the last instalment will have access to exclusive character skins and customized weapons. It’s a huge shift for Activision, though, which used Blackout to push sales of Black Ops 4 and make up for the game’s missing campaign. Warzone, meanwhile, is clearly meant as a self-contained experience just like Fortnite, PUBG and Apex Legends that can grow the series’ fanbase and be monetized independently of Modern Warfare.

Warzone is a 150 player battle royale with support for solo, duo, and three-person teams. There are two modes: one which seems a fairly traditional fight-to-the-last-player-standing, and another called ‘Plunder’, which the video does not detail beyond it being a respawn-based mode focusing on collecting cash.